An engagement session on a beach in Corsica 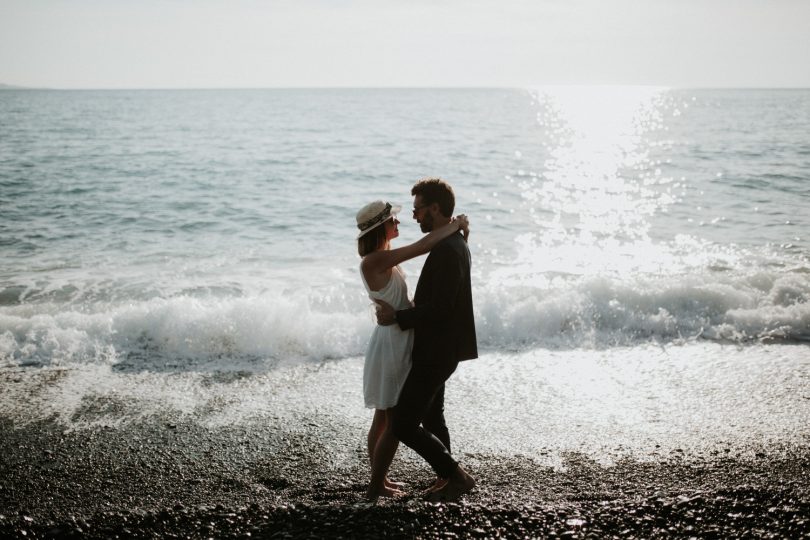 Baptiste and Stéphanie met 10 years ago, and they have since decided to not separate anymore. It is in the city that saw the birth of their love, Venice, that Baptiste proposed his beautiful future wife. They chose Corsica to say yes, and took advantage of a privileged moment to seal their love in Corsica in front of the lens of Soul Pics …

“They tell us a little more about their meeting … “On the benches of the architecture school, our paths intersected and then moved away according workshops and promos that separated us. After a few months of games of seduction, our paths crossed for good, in 2008 during group work and a study trip to Venice … “

“After 10 years together, we have organized a trip to Venice as a kind of homecoming.

After 4 days of stress and walks, the ring in his pocket and waiting for the right moment, Baptiste decided to make his proposal. In Venice, where everything had begun, on a small bridge in the Calle de la Racheta, at nightfall, in a feverish and electric atmosphere similar to that one present during our first kisses.

While Baptiste was convinced that I understood his ride of the last days and that I expected this proposal, the surprise is total. We celebrated it with dignity with Lambrusco, on the small bars along the small canals of Fondamenta Misericordia. “

Find soon the rest of the history of these lovers on the blog, with the images of their pretty day in Corsica …