An engagement session in Brittany 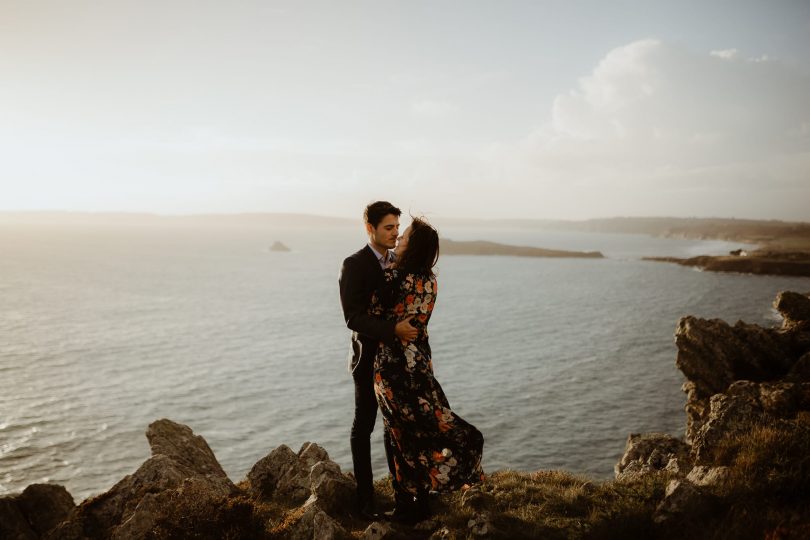 Direction the peninsula of Crozon for the engagement session in Brittany of Marion and Gwenaël photographed by Aurélien Bretonnière. The couple share with us their story, and their meeting worthy of a romantic comedy …

“Gwenaël and I were neighbors in the 14th arrondissement, he lived on the 4th left, for only a few months, and I on the 5th right for almost 5 years. One evening when I came home late from dinner, I saw from a distance Man pacing in front of the building, I learned later that Gwenael had forgotten the door code and was looking for a text message from his roommate. Slightly frightened (and paranoid), I stayed behind, the time that he enters the building, hoping to have waited long enough not to have to meet him in the hall.

When I finally got back, he was still waiting for the elevator. Hearing me arrive, he turned to me. The crush was instant and almost physical, I was stopped in my wake. He proposed to share the elevator (a space of approximately 1m2), which I accepted for the first time in five years in the building, without an ounce of hesitation.

It took several fortuitous encounters in the building and still some elevator trips so that about four months after that first meeting he asked for my number and invited me to dinner. “

“Four years later, we moved from neighbors to roommates and moved to the 11th arrondissement, so we’ve decorated everything together so that everyone can feel good about it. The most of this apartment is without a doubt its balcony running with its beautiful view of the rooftops of Paris and just enough space to install a small table and chairs.When the summer evenings arrive, we got used to it sometimes sit for hours at a time.

Of course, when one evening in June Gwenaël offers me to have an aperitif before going out to dinner, I did not see anything coming. He told me later that he was thinking of applying to the restaurant initially but he changed his mind at the last moment, preferring a more intimate place filled with good memories.

He pretended to fill two glasses of iced tea (our favorite drink) and carry them to the balcony. At the moment of joining him, two glasses of champagne were waiting for me, a very pretty statement and the ring of my dreams. “

“The proposal made, we started the organization. After validating the venue and the date, we were interested in the essential subject of the photographer.

After a small benchmark using the blog of La mariée aux pieds nus on which we discovered the work of Aurélien. Again, a total crush. Aurélien manages to capture the elusive, from the emotion of a micro-instant to the general atmosphere of a place. These photographs, to our eyes, go beyond the pure aesthetic and aesthetic aspect to testify to a moving authenticity. If we were a little bit afraid of the cheesy side of a commitment session, Aurélien and his talent ended up reassuring us. “

“We chose Brittany because, as its name might suggest, Gwenaël hails from the Crozon Peninsula, and since the wedding itself will take place in my family home in Corsica, it was important to us that Engagement session is done at Gwenaël so that everyone has memories in a place dear to his eyes.

Aurélien immediately liked our project and went out of his way to make it happen. After falling in love with his work, we were captivated by his deepest kindness, his good humor, his passion for his work, his patience and his pedagogy with us, stressed and timid neophytes. At the end of this first session, we had only one desire, to start again next June! “ 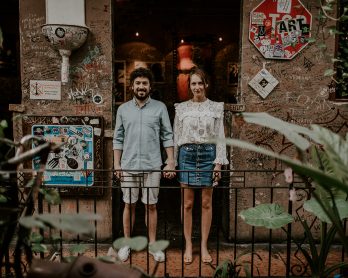